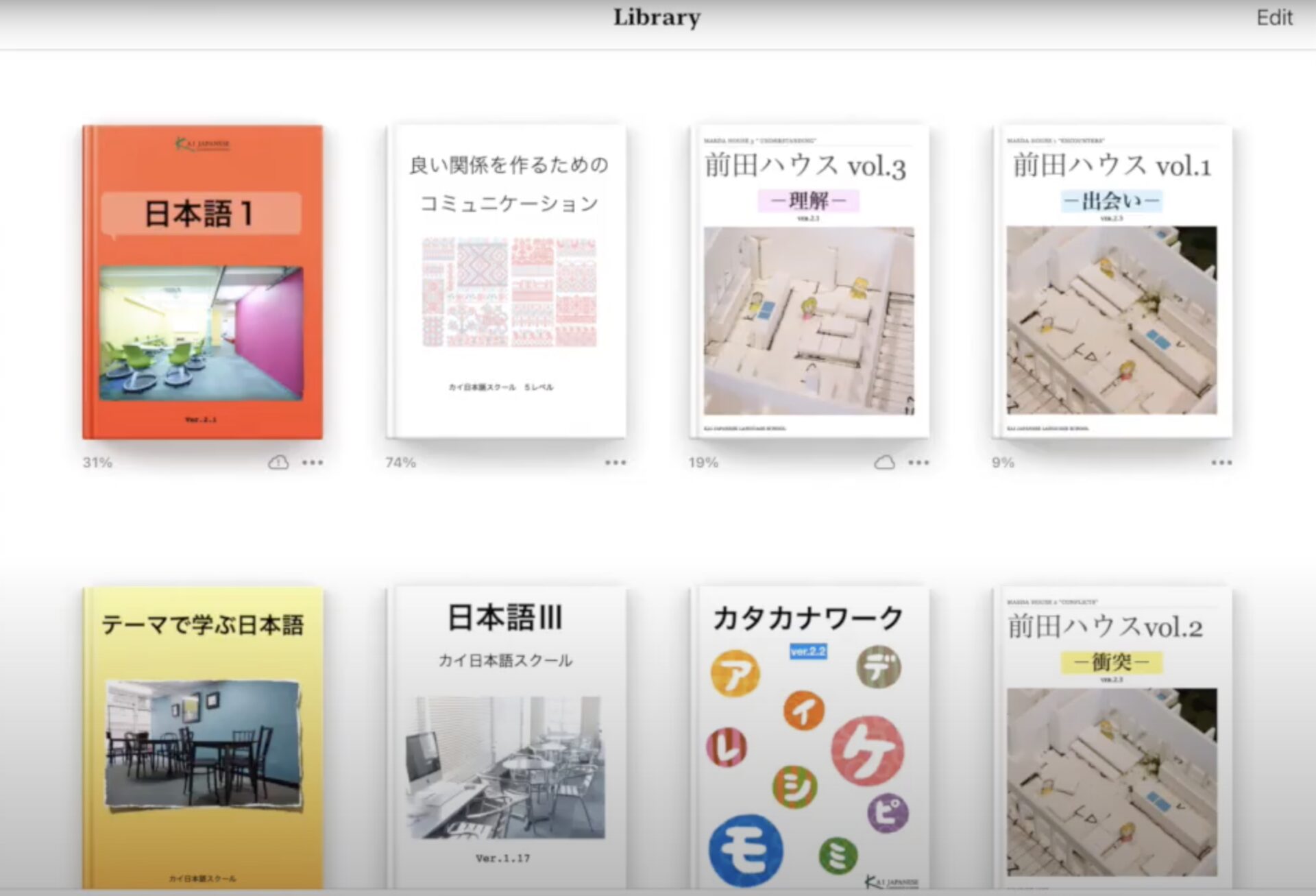 KAI Japanese Language School has been using digital textbooks since the introduction of iPads in 2015.

At first it was just a textbook of data, but each semester it has been upgraded, adding exercises and changing the style. In 2019, we started changing from vertical to horizontal layout, and the textbook Maeda House, which was a separate volume, was included in the main textbook. And this year, finally all the textbooks for levels 1, 2, and 3 are now horizontal!

After making the layout horizontal, the kanji readings (rubi) were placed underneath the kanji. This decision is based on research that shows that for those with dyslexia, the reading is easier to read this way than that above the kanji.

You can find out more about which cookies we are using or switch them off in settings.

This website uses cookies so that we can provide you with the best user experience possible. Cookie information is stored in your browser and performs functions such as recognising you when you return to our website and helping our team to understand which sections of the website you find most interesting and useful.

Strictly Necessary Cookie should be enabled at all times so that we can save your preferences for cookie settings.

If you disable this cookie, we will not be able to save your preferences. This means that every time you visit this website you will need to enable or disable cookies again.